We are constantly learning. Everyday we learn something new, even if it is as simple as someone’s name. While we learn many of our personality traits and developmental skills during the first few years of our life, we continue to learn year by year. But some of the most important learning moments in our lives happen within the first few years, as our brains grow and develop.

According to First Things First, the brain grows to about 80 percent of an adult brain size by the age of three, and by age five, the brain is 90 percent developed. During the first years of life, a child’s brain is making important connections between the brain cells, also called synapses. At least one million new neural connections are made every second, this is more than it will be at any other time in their lives. This shows how important the first few years truly are to our learning.

But let’s focus in on children before their brain grows this much in size, let’s take a look at how babies learn and what they learn within the first year of life. Babies are adorable and messy balls of fat, but they are so much more than that, their little brains are working hard to understand the world around them, figure out how to move, and discover how much easier life is when they can communicate. It may seem like all of these things (and more) are not going through a baby’s head during their first year, but they are learning and developing more than they let on.

Helping your baby learn and develop can allow them to obtain different skills, understand more things, and grow. But you may not be able to spend that much time with them, and you may have to head back to work after a few months at home. Unfortunately, many jobs don’t offer maternity leave. But this doesn’t mean you have to hire a babysitter that will sit on their phone a majority of the time. You can still help your baby get the education and developmental help they need to grow that tiny brain and make neural connections! 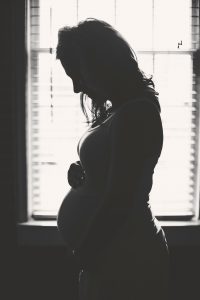 In this blog, we will go over what some of the amazing things your baby is learning and how they are learning! Read on to learn more about your little bundle of joy.

Let’s start with the earliest point of a person’s life. While still in the womb, babies are already learning. This may be why many women put headphone on their pregnant bellies and play Mozart. According to Mental Floss, the part of a baby’s brain that processes sound begins working during the third trimester. But what is even more amazing is that babies can remember what they hear in the womb after birth. This is pretty incredible and a great reason to be the mom who plays language tapes, soundtracks, and other audio to her belly. Talking to your belly is also a great way to get your baby to know your voice!

The Mental Floss article also mentions that babies are able to process language like adults as early as two days old. You read the right, days. The Mental Floss article explains it like this: “People remember the beginning and ending syllables of a word more clearly, and listen for those semantic edges more carefully, since they often contain things like verb tenses and information about whether a noun is plural or singular.”

A study found that babies are able to distinguish pauses between syllables, as well as small discontinuities in sounds that indicate a different word is being said. Babies may not be able to say any of the words they recognize, but the fact that they can process language after two days is incredible.

While babies babble and make all kinds of different noises that sound like gibberish, they may be understand and learning more than they may think. The Mental Floss article also mentions that babies can distinguish sounds better when they have the ability to move their mouth and tongue. A study found that when babies held a pacifier in their mouth and weren’t able to move their tongues, they had trouble distinguishing between two “d” sounds.

Not only does moving their mouth allow them to distinguish between sounds, but touch helps them understand words. A study found that saying a nonsense word paired with the touch to a knee will help infants pick that word out of others. A touch helped them understand and learn these nonsense words, so just think how it will help them learn other words.

And what about those baby giggles? Your little one’s giggle may be adorable, but it could also be helping them learn. The Mental Floss article mentioned a study that included raking a duck toy with a cardboard rake. When this was demonstrated to the babies, the ones who laughed were more successful and better at performing the task. So, if you are trying to teach your infant something and they keep laughing, just remember they are learning better.

The Element of Surprise 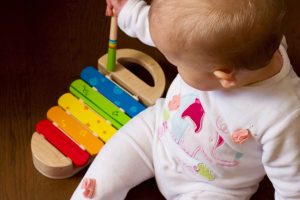 The Mental Floss article mentions that babies learn better when surprised. An Al Jazeera America article takes a deeper look at this study. In a study done at Johns Hopkins University, they discovered that babies who were surprised by an event were more likely to become curious and want to learn more. In this experiment, the “surprised” babies were shown a ball that appeared to pass right through a wall, while the other group were shown a ball that simple stopped rolling at the wall. The babies who were surprised by this event spent more time watching the event. They also were better able to learn more information about the ball.

The “surprised” and “unsurprised” groups were then showed the ball again and introduced to a new toy. The ball was moved up and down, making a squeaking noise. The “surprised” babies kept their eye on the ball, which implied that they new the ball was make the noise rather than the new toy.

Another experiment was done, showing a group of babies a ball that appeared to float, while the other group was shown a ball that appeared to be resting on a box. When given the ball and another toy, the babies played more with the ball. This shows that they are curious and want to learn more about these object and events that surprised them.

Babies learn in strange and mysterious ways. They are learning each and every day and you can help them grow their brains and develop new skills on a daily basis. Interact with them, talk to them, and surprise them. You never know what they will learn overtime. And don’t forget to enroll your infants at Yellow Brick Road Early Childhood Development Center. They will learn, grow, and develop with the help of our caring staff. Contact us today to learn more.